Catching Up With Vivica A. Fox, Shaft, the Hulk and TV's Batman 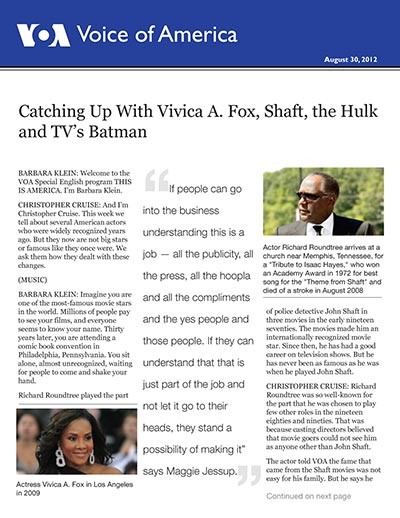 CHRISTOPHER CRUISE: And I’m Christopher Cruise. This week we tell about several American actors who were widely recognized years ago. But they now are not big stars or famous like they once were. We ask them how they dealt with these changes.

BARBARA KLEIN: Imagine you are one of the most-famous movie stars in the world. Millions of people pay to see your films, and everyone seems to know your name. Thirty years later, you are attending a comic book convention in Philadelphia, Pennsylvania. You sit alone, almost unrecognized, waiting for people to come and shake your hand.

Richard Roundtree played the part of police detective John Shaft in three movies in the early nineteen seventies. The movies made him an internationally recognized movie star. Since then, he has had a good career on television shows. But he has never been as famous as he was when he played John Shaft.

CHRISTOPHER CRUISE: Richard Roundtree was so well-known for the part that he was chosen to play few other roles in the nineteen eighties and nineties. That was because casting directors believed that movie goers could not see him as anyone other than John Shaft.

The actor told VOA the fame that came from the Shaft movies was not easy for his family. But he says he missed the recognition when it went away.

RICHARD ROUNDTREE: “I used to hate it when I was out with my kids at dinner, and whatnot, and being asked for autograph when I really wanted to just enjoy the company I was with. And now that it doesn’t happen, there are times when I say ‘Wow, you know, I’m not getting the best seat in the house, I’m not getting the best table.’ But I look at the people who are going through that and I said, ‘You know, that’s a blessing.’ I’m still working, I still have a career. And I’m still [a] viable entity in the industry. So I got the best of both worlds.”

BARBARA KLEIN: Actress Vivica A. Fox was at the same event in Philadelphia as Mr. Roundtree. She appeared in many movies and television shows in the nineteen nineties and in the first few years of the twenty-first century.

Back then, Vivica A. Fox was known for her good looks. She is now forty-eight years old. While still beautiful, she is no longer as busy or as famous. Younger actresses are given parts she once played. She says she is not surprised by that.

VIVICA A. FOX: “Everyone has a turn. And, and I’ve never been a person that’s been bitter or jaded about a person shining and getting their moment. I believe that there’s room for everyone. Everyone has a turn. And how you work your moment is up to you. Because, you know, in a career you should be able to discover several moments, if you transition into different chapters of your career -- being a young ingenue, playing a mom, playing a producer, playing a director. There’re different genres for you to get into. You can’t always be ‘the one.’”

Ms. Fox has taken her own advice. She has moved away from the roles that beautiful, young actresses play to being a beautiful, older actress. She does not appear in as many movies as she did when she was younger, but she stays busy in acting. And for many actors, that -- and not stardom -- is what matters.

CHRISTOPHER CRUISE: Adam West is known as Batman to many people in the United States. He played the role in the Batman television series in the nineteen sixties. The show can still be seen on television stations around the world.

Adam West says that after the show was cancelled, he had a difficult time being less famous than he once was. But he says that period lasted just a short time. Then, he got back to work.

ADAM WEST: “It’s a matter of not really examining it. You know, just going along putting one foot in front of the other and not thinking too much about it. And, when work comes along, think about the work. It’s no big thing. It’s easy. What the heck.”

Mr. West told VOA that as long as he is paid for his work, that is all that matters. He says being famous does not pay for food, housing and other costs, but work does.

BARBARA KLEIN: Burt Ward played Batman’s young helper, Robin the Boy Wonder, in the television series. Like Adam West, Burt Ward appears often at fan conventions. Many people pay to see their childhood heroes, and are happy to have their picture taken with them. Mr. Ward told VOA his fame has never really gone away.

BURT WARD: “Well actually, the fame is there -- it just takes a different form. I mean, you know, you, you think of our show being prime time, but when I come out here and I meet people, they’re just as excited as I was during Batman days. So, it’s not that the people change. Maybe, you know, the, the perception is different, but it, honestly, nothing has changed – I’m the same person I was before I made the series that I am now.”

Reports say Burt Ward was paid very little to play Robin in the television series. But he says he has made a good living appearing at fan conventions over the past forty-five years.

Lou Ferrigno also is known for playing a superhero. The former bodybuilder was “The Incredible Hulk,” a green-skinned comic book character on the television series of the same name. The show was popular in the late nineteen seventies and early eighties. Lou Ferrigno says he has dealt with the ups and downs of fame by doing different things.

LOU FERRIGNO: “Well, for me, I never really peaked because my life is still growing because I shoot different paths, like bodybuilding, like the movies, like I became a deputy sheriff. So everything is spread out.”

CHRISTOPHER CRUISE: Finally, John Schneider is best known for playing the role of Bo Duke in “The Dukes of Hazzard.” It was one of the most-watched television series in the United States in the early nineteen eighties. John Schneider was in his early twenties when the series began. Now in his early fifties, he is still tall and good-looking. Mr. Schneider says he has a difficult time dealing with the idea that he will never be as famous as he once was.

JOHN SCHNEIDER: “Part of me still believes that my best days are ahead of me. I see it happen all the time to people. I have a lovely wife, I have lovely children. They get you through a lot of it. But it really, it is devastating to have gone up to bat and hit a grand slam, and hit doubles and triples from that point on. None of its good enough. So, I can’t remember who said it, but I just recently heard somebody say ‘I started at the top and worked my way down.’ Sad but true."

John Schneider told VOA he thinks the actor James Dean got it right: die young and when you are most-famous. The actor died in a car crash in nineteen fifty-five at the age of twenty-four. Mr. Schneider said that if Dean and the actress Marilyn Monroe had lived, they would probably be making appearances at fan conventions like he does.

BARBARA KLEIN: Maggie Jessup and her husband, Jay, operate a business called Platform Strategy. It helps people become and stay well-known. Maggie and Jay Jessup wrote a book called “Fame 101.” She says actors can avoid losing their fame by being willing to accept different parts -- and by not letting others to define them.

MAGGIE JESSUP: “The ones that seem to get pigeonholed are the ones that are so convincing in one character that you can’t possibly see them in another. They bring themselves into it instead of become the character. What you need to do is choose a role that is so polar opposite from the one that you’re known as and do it convincingly and then people will look at you as an actor.”

Maggie Jessup says a lot of the stars of today are making the same mistakes as those who have gone before them. As a result, they are not as marketable as they once were.

Ms. Jessup knows of actors who were once famous, but are no longer as in demand like they once were. She says many of them have a difficult time dealing with the new reality. So she tells her new clients to separate themselves from what others are writing and saying about them. In her words, if you believe everything others say about you, there is nowhere to go but down.

MAGGIE JESSUP: “So, if people can go into the business understanding this is a job -- all the publicity, all the press, all the hoopla and all the compliments and the yes people and those people. If they can understand that that is just part of the job and not let it go to their heads, they stand a possibility of making it. And if they look at it as a business they’ll treat it as a business. If they look at is as part of their personality and expect people to bow to them everywhere they go, that’s not going to happen!”

CHRISTOPHER CRUISE: Over the years, a lot has been written about the price of fame. The early Christian philosopher St. Augustine said, “The desire for fame tempts even noble minds.” The writer Henry David Thoreau said he would rather have truth than love, money or fame. And Ardelia Cotton Barton called fame “a bubble on life’s wave,” that is “tossed about,” “a worthless thing.” She noted that “all in nature must decay.”

Perhaps David Nicholls put it best when he said, “to have had fame, even very minor fame, and to have lost it, got older and maybe put on a little weight is a kind of living death.” 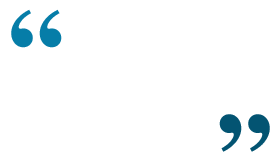 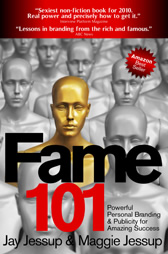 Every field has its Alpha Celebrities; they all follow a similar playbook to join the elite one percent of their industry. Now anyone can learn and apply the same personal branding and publicity formula used by Donald Trump, Martha Stewart, Suze Orman, the Dalai Lama and other notables.

Fame 101 shows you how as authors Jay Jessup and Maggie Jessup share the radical branding strategies they use to create and maximize brands for authors, business leaders, scientists, and others who want to harness the power of personal branding.